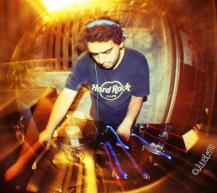 Starting his DJ career in 2009, Dubout begins to show the portuguese public a style that few were playin' at that time, the Dubstep/UK Bass.

Influenced since childhood by Breakbeat and styles of music where the bass is the main feature, Dubout start gaining interest in musical production and begins to show the public their tracks in his mixes.